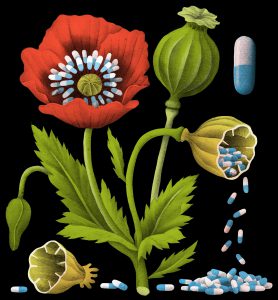 There has been an alarming and steady increase in the mortality rate of middle-aged white Americans since 1999, according to a study published last week. This increase — half a percent annually — contrasts starkly with decreasing death rates in all other age and ethnic groups and with middle-aged people in other developed countries.

So what is killing middle-aged white Americans? Much of the excess death is attributable to suicide and drug and alcohol poisonings. Opioid painkillers like OxyContin prescribed by physicians contribute significantly to these drug overdoses.

Thus, it seems that an opioid overdose epidemic is at the heart of this rise in white middle-age mortality. The rate of death from prescription opioids in the United States increased more than fourfold between 1999 and 2010, dwarfing the combined mortality from heroin and cocaine. In 2013 alone, opioids were involved in 37 percent of all fatal drug overdoses.

Driving this opioid epidemic, in large part, is a disturbing change in the attitude within the medical profession about the use of these drugs to treat pain. Traditionally, opioid analgesics were largely used to treat pain stemming from terminal diseases like cancer, or for short-term uses, such as recovering from surgery.